My commentary on Gajendra Moksham 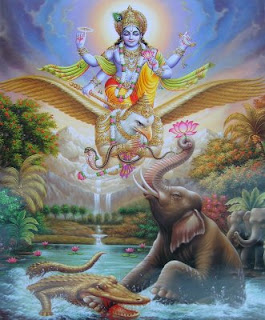 Gajendra Moksham in KALIYUGA
The below ferocious fight between Gajendra and crocodile was pictured at Luangwa River in the South Luangwa National Park, ZAMBIA (Africa).
Did Divine Lord Vishnu descended again by the lake to save the Gajendra ? Otherwise it is impossible for elephant to come out of the grip of Crocodile. 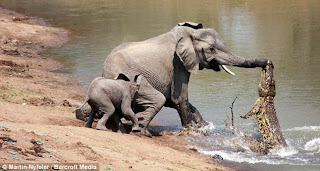 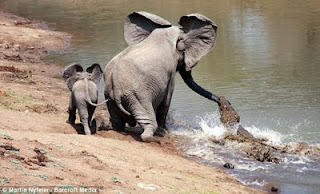 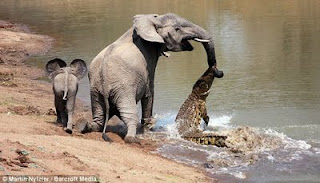 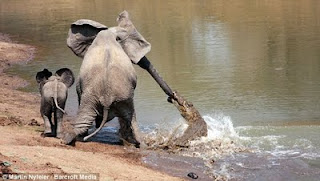 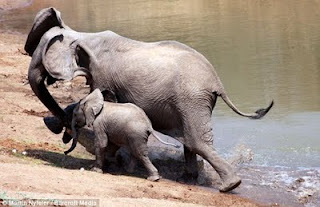 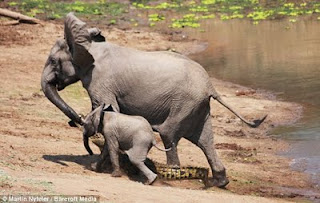 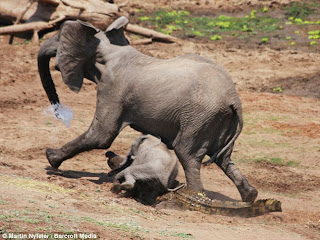 Email ThisBlogThis!Share to TwitterShare to FacebookShare to Pinterest
Labels: Hindutva

Firstly please use the word calves to denote the young of elephant.

Cubs is used for wolves, lions and leopards. 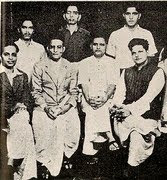